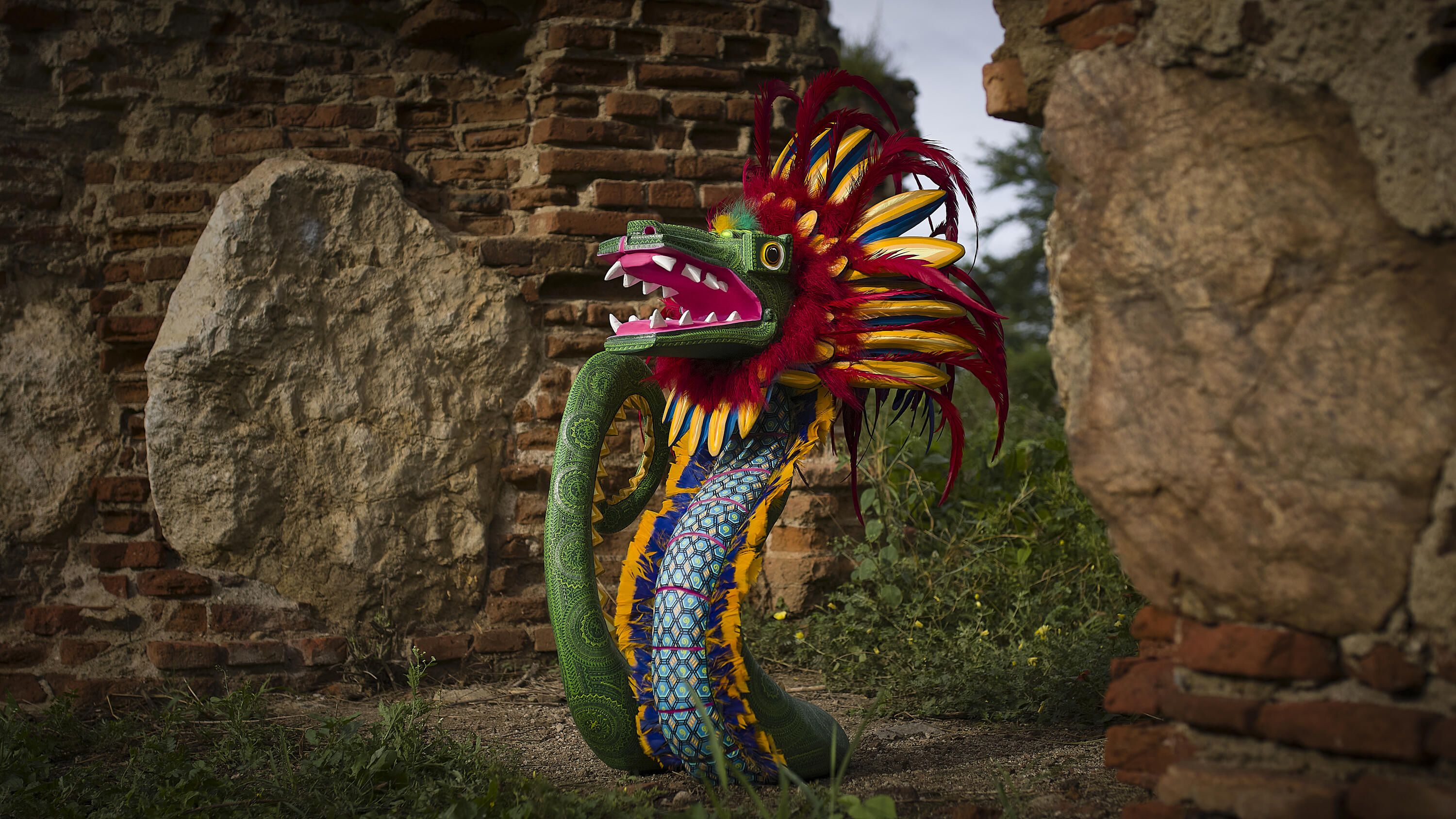 A winemaker spoke, in his dying moments, to Marcela. Before dying, he revealed his secret:
“The grape” - he murmured - “is made of wine.”
Marcela Pérez-Silva recounted this to me and I thought: If the grape is made of wine, perhaps we are the words that tell of who we are.

The writer Guillermo Marín Ruiz has said that the Dance of the Feathers doesn’t really exist. The dance, widely considered one of the most emblematic in the Mexican indigenous tradition, has a historical record that is so incomplete, vague, and contradictory that it is difficult to consider the dance more than a relatively modern invention. As it is commonly practiced and described, the dance also fails to resonate with modern cultural norms.

Marín’s advice to practitioners of the dance is that they invent their own narratives to support their practice. That they make use of the known history of the dance as best as they can, filling the holes, while replacing the inconsistencies and contradictions in a way that resonates with current cultural values. Treated in this manner, cultural traditions, including the Dance of the Feathers, can continue to be relevant and move forward thanks to ideas and stories that coincide with our current reality.

As Oscar Wilde wrote, “the truth is rarely pure and never simple.” In Mestizaje: 500 Años de Encuentro, we embrace complexity and have created stories that connect the past to the present, and both to a vision of the future that we hope to see realized.

The work that comprises Mestizaje expresses that vision via various modalities.

From its titular foundation, the work appropriates and recontextualizes one of the words most associated with colonial efforts to rid the country of native influence. While the work does reference cross-cultural offspring, as the word originally applied, it also seeks to reject the caste system that hegemonic external powers have supported via its use. In the context of the work, “mestizaje” represents the collaborative work of artists, the voluntary exchange of knowledge and culture. It represents the interaction between the indigenous communities of Mesoamerica; the collaboration between the artists who have created this work in concert with scientists and cultural advocates. In our vision of “mestizaje,” we recognize the influence and contributions of western culture without subjugating the pre-Hispanic cultures that form the Toltecáyotl, or precolonial cultural fabric.

Many of the techniques used to create the work reflects the acceptance of certain technologies and practices that were brought here from Europe and became mixed with indigenous materials, techniques and practices. The weaving, ornamental tin work, silversmithing, and feathered works represented in the work and throughout Mexico all reflect the mixing, or “mestizaje” of foreign techniques and materials with native patterns.

For example, the pedal looms in Oaxaca’s Teotitlán del Valle were invented in India and brought to Mexico by Spanish colonialists. Today, a multitude of workshops in the village use those colonial looms with sheep wool, harvested from an animal of European origin, to create works that display designs of pre-Colombian origin, brought to life with natural dyes born of materials native to the region.

The designs of the pieces that constitute the work and the characters that they represent also reflect “mestizaje” in various forms; in the case of works like Marina y el primer Mestizo, they do so in the original literal sense of the word. In the case of others, such as Aliado, “mestizaje” represents the adaptation of the historic Spanish figure “Gonzalo Guerrero el Renegado” to the Mayan culture. While other pieces represent predominantly European or Mesoamerican themes, the work as a whole represents the transition from the strictly Mesoamerican to the colonial era, reinterpreting the period for a modern context.

The work is also a “mestizaje” in that it combines the efforts of various artists. It is possible that the work marks the first time that master artists in tin, silversmithing, feathered work, wood carving, painting, backstrap and pedal looms, have all collaborated to create work together, and certainly the first time they have done so with the support of a team of anthropologists, archaeologists and cultural advocates. In that sense, the work Mestizaje represents a new concept of “mestizaje;” a new manner to define and provide new context not only to the history of Mexico but to the work of all the artists who have collaborated in Mestizaje as well.